The North York Moors were recently voted the best destination in Europe and once you've visited it's easy to see why. The moors offer a wealth of experiences from the unmatched natural beauty of the moorland and valleys to picturesque villages, the free roaming sheep and the ruins of medieval monastic abbeys.

Hanging Stones is an ongoing project by Andy Goldsworthy in the North York Moors, commissioned by the David Ross Foundation. It is intended that up to ten existing buildings, all in varying states of disrepair, will be rebuilt as artworks and connected by a six-mile walk encompassing Northdale, near Rosedale Abbey.

The walk will be made available to a limited number of visitors during 2019. 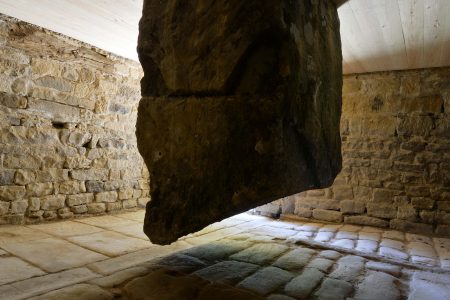 One of the most original ways to see the moors is by taking a trip on the North Yorkshire Moors Steam Railway, which starts in the market town of Pickering and takes passengers through valleys and villages including Goathland, Grosmont and Whitby.

Walkers particularly love the North York Moors and there are numerous walking routes throughout this area of the largest contiguous heather moorland in England. 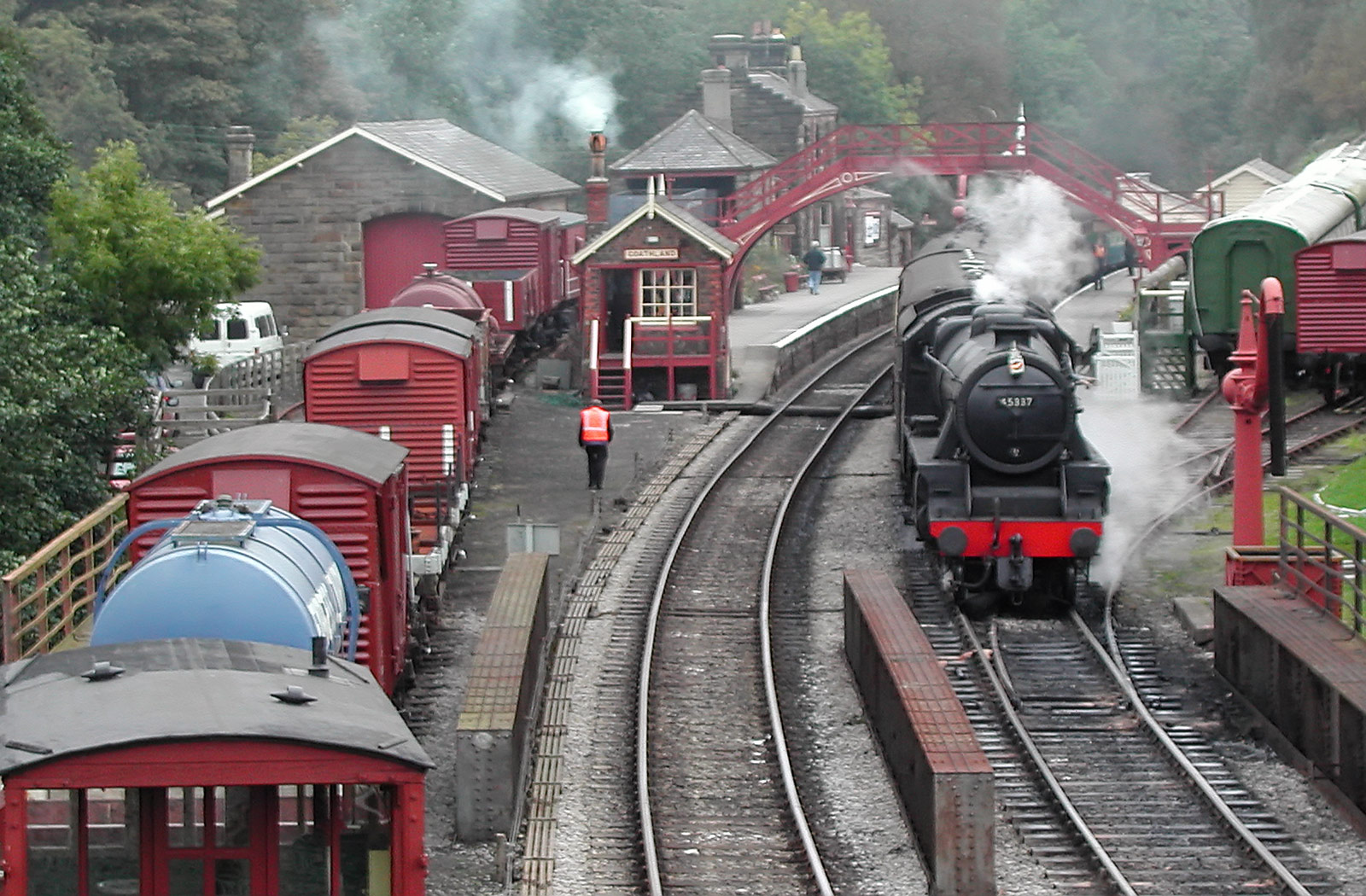 One of the ancient spiritual centres of the North York Moors, Rievaulx Abbey is also one of the best preserved of Britain's abbeys. Set in the beautiful valley of the river Rye museum exhibits portray the relationship of the monks with the local environment. The former Cisterian order lived a disciplined life of prayer and self-sufficiency and this remote location in the Moors was perfect for their needs.
The 12th century abbot of Rievaulx, Aelred, spoke of the North York Moors when he wrote: "Everywhere peace, everywhere serenity, and a marvellous freedom from the tumult
of the world.

Rievaulx is near the village of Helmsley and therefore visits can easily be combined with a trip to the quiet market town which also has a medieval castle. The abbey is also only 30 miles away from the equally famous and UNESCO world heritage site of Fountains abbey. 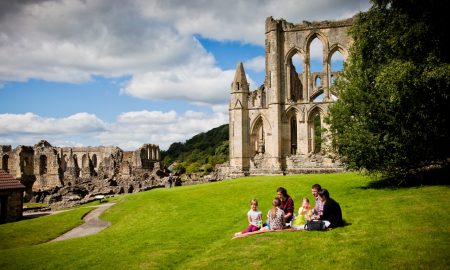 Castle Howard is one of the finest houses in Britain and home to the Howard family for over three hundred years. It has been used as location for TV productions and films, most famously for the acclaimed television adaptation of Brideshead Revisited. Visitors love its 1000 acres of beautiful gardens that include a lake, woodlands, rose garden, statues and fountains. Guided tours are available for the house interior and grounds.

The estate plays host to numerous event and festivals throughout the year so check their Event Calendar to see what's on during your stay. 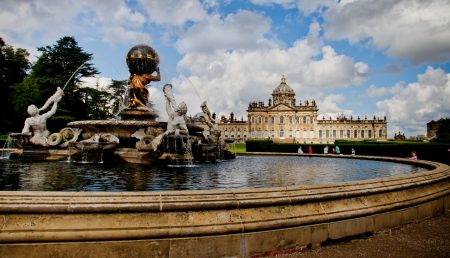 The Beck Isle Museum of Rural Life is a social history museum. Exhibits show traditional trades in the form of reproduced barbers, blacksmiths, chemists, cobblers, and several other stores. There's also a Victorian-era pub and parlour.

The museum also houses a large collection of photographs from the 1920-1940s of Pickering and the surrounding villages, events and local people.
The museum is particularly enjoyable on "Rural Arts and Living History" days, on which they display traditional skills including Columbian letterpress printing, wool spinning, lace making, blacksmithing and rag rugging.

Visit Goathland, setting of the tv series Heartbeat, and home to the railway station used as the location for Hogsmeade station in the Harry Potter films.
Whilst here don't miss the tiny village of Beck Hole, in a steep sided valley a short walk from Goathland and home to one of the smallest pubs in England. There's only room for a few at the bar, but it's remote enough that this is not usually a problem. 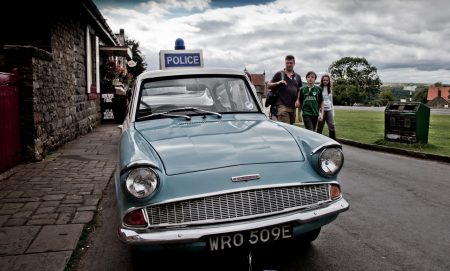 Roseberry Topping and the Bluebells

The walking trails around Roseberry Topping, in the Cleveland Hills have been rated as one of the best 10 walks in Britain by the Guardian newspaper. Abundant wildlife and fantastic views across the moors and down to Tees-side make is worth 50 minute drive from York.

Just below, in Newton Woods, a short walk will take to a wildlife haven, especially rich in bird species such as blue tits and green woodpeckers. And in late spring the woods are covered in the amazing colour of the rarely found bluebells. 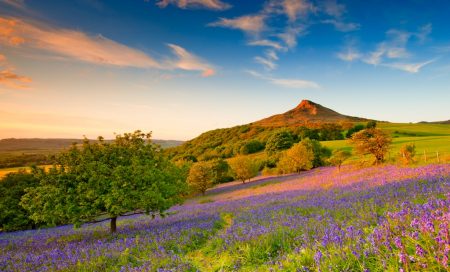 An unusually picturesque and very small village high up on the moors, Hutton-le-Hole is the location of the Ryedale Folk Museum, exhibiting 17 rescued and reconstructed historic buildings, including shops, thatched cottages, an Elizabethan manor house, and barns and workshops.
Sheep roam freely throughout the village, which is a popular spot for picnics with locals and tourists alike. 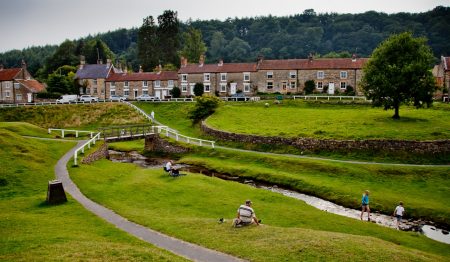 Clearly visible from many miles in the surrounding countryside, York Minster also offers the best birds eye view of the city from atop its tower. York Minster is famous around the world and is the largest medieval gothic cathedral in northern Europe. Only once you've visited the Minster can you say you've been to York.

When in 1976 archaeologists discovered the well preserved remains of Viking life a process of research cumulated in the decision to build The Jorvik Viking Centre, recreating the world of AD975. Visitors travel in state of the art capsules which move through the city and even through viking houses filled with the sights, sounds and smells of JORVIK.

A museum covering the social and military history of England over long periods up to fairly recent times, and includes impressive collections of authentic costumes, artefacts of 19th and 20th century social history and collections of military armour. Housed in York Castle, part of which has served as a prison for 1000 years, the museum also includes a section on prison history.

The most famous and most popular part of the museum is a recreated Victorian street, with gas lighting, hansom cab and stagecoach, Victorian shops and workshops, all with original goods and artefacts from the period.

Take a guided river tour on the River Ouse on comfortable boats with sun decks and lounges with panoramic viewing windows. Enjoy the landmarks and countryside of York while listening to stories from the captain. Boats leave throughout the day starting at 10:30am, from either King's Staith or Lendal Bridge. Tickets available on boarding.

At 3.4 kilometres long, the longest city wall in the UK take around 2 hours to complete the full circuit.

The largest railway museum in the world is a international award winning attraction housing exhibitions devoted the Flying Scotsman, Thomas the Tank Engine and the Japanese bullet train (including the only actual bullet train anywhere in the world, outside of Japan). The museum houses millions of artefacts and entry is free to everyone.